1926, Berlin. Gerda has left everything behind to run away with her boyfriend Joseph, but sitting in a dingy hotel by herself, she‘s not so sure anymore if she made the right  decision. Some things just don’t seem to add up. Maybe Joseph is not what he seems?

DOUBTS is a short Visual Novel/ Point and Click Adventure

Night on the Docks - Trumpet by Kevin MacLeod link license

On Hold For You by Kevin MacLeod link license

Support me on ko-fi!

I loved this game so much! I low-key expected joseph to shoot Gerda in the end because she left. Obviously, that didn't happen. I definitely think joseph was out killing people for some cash. Several things indicate that he did. I also think he was cheating on her—that poor thing. I do hope that everything worked out for her in the end, even if she is just a character in a game.

SPOILERS AND TALK OF BLOOD/GORE!!!!!

I believe, that some of the moments are unreal and unclear, for instance:

Kate has a choice over picking two doors, one with pittering sounds, and the other with dead silence - when I chose the silence-one, she was dead because of many zombies eating - and it was a reason for it to be quiet insine... look, I don't believe that 2+ zombies feeding themselves vigorously over a dead man's body would be literally silent, and sounds of them biting and throwing around the flesh, added to already splashing blood everywhere, would make a LOT of noise.

I love the graphics, art, and the whole game concept, but please, make it playable. Thank you!

This was such a fun game!! I adored the subtle details that helped flesh out the characters. Gerda feels like such a sweet girl, with her fondness of little things like certain candy and the smell of freshly cleaned clothes, how she wants to remember her parents' house, and her admiration of her friend, Margot. I really rooted for her and wanted her to get away from Joseph. Even then, Joseph charmed *me* with his gifts and poems for Gerda, and his joke about playing "finders keepers" with the money. I didn't believe him when he dismissed the gun, job termination, passports, and money, but I pretended to anyways. I just didn't want to make him mad. So immersive! I really felt like I was put in Gerda's shoes during the confrontation.

what is the suitcase code i dont mind needed spoilers

That was short and fun game. I wish we could see what happened after spoiler the marriage ending tho. It sounds like their relationship wasnt so great.

Amazing game! I loved everything. It looks great, is very short and the story is just perfect. Keep the great work.

My brief review: https://mrdavepizza.com/doubts-fulmen-review/ Hey, I enjoyed this one quite a bit some time back. The illustrations and powerful storytelling really did it for me. I think a lot of people have probably experienced this type of scenario, especially back then, and it really made me think. I made a little video and write-up on my blog. Just wanted to share, and say thank you for making this!

Thanks for engaging so well with the comments.  I know some popular works make that really complicated time-wise, but it's always good to see a creator take the time to return the kindness of a comment!  You're awesome.

Great game! I really am a fan of your work! How do you make these games? The dialogue reflects the time as it should, the visuals are nice to look at, and the story grows just enough that it's interesting, but not too much that it's a far-fetched conclusion! I love it!

Do you want to know with what tools I make my games or just how I think of them in general?

For doubts I used the Tyrano Builder engine, which is a no code engine, because I was still testing the game dev waters, but I've since switched to Ren'Py and am learning Unity atm.

As for thinking of them- taking long walks helps! :)

I want to play this game but it won't work. 3 messages pop in chinese..what should I do?

Hey Eunoia! That‘s strange - did you download it or are you playing in your web browser?

Hm, the version of the engine I used for doubts is now outdated, so maybe it‘s incompatible with the browser you‘re using. You could try another browser. If that doesn’t work, you can always download it, no errors should show up in the local version!

I think Joseph might be a spy or a cheater, since he has a gun and many identities.

Really enjoyed this game. I enjoyed the puzzles in it.

I liked this game - played it for my Youtube channel! I do like that there are a couple of endings. The puzzles weren't too hard either.

a nice little short puzzle game! I would recommend it, it's just a short game that you could play if you have a lot of spare time.

I hate Joeseph! What a chap! I thought he was out cheating the whole time. Mans really gets angry with a smart lady.

Really loved the game, it had intresting clues and the dialogue and inner monologue was realistic and kept me thinking. The art was also absolutely gorgeous

I ship Gerda and Margot soooo bad. After playing the game I picture them together and happy, even with the war. Beautiful game, love the arts.

Well, Gerda did mention how pretty she thinks Margot is quite a bit haha

I hope they're happy too!

I personally loved this, it was very intriguing. Keep up the good work!

This was a really enjoyable game to play! I can't wait to see what else you create in the future.

Thank you!! Glad you liked it! I‘m actually working on a project right now that‘ll (hopefully) be quite interesting :)

The artwork is really nice in this game! I may have really overthought the puzzles, but the 20's vibes are immaculate. I hope my commentary does this game justice- I just want Gerda to live her best life. She is a queen and she deserves better this duuude.

Thank you for playing!! Your commentary and - of course - the voice acting was fun and I really enjoyed watching your video (although I had a minor heart attack when the bug with the questions happened - I‘ll have to look into that)

Btw, if you‘re still interested in finding the code, maybe you could look at the nightstand next to the clock...?

I've been trying to download your game but it keeps saying I have "No Permission". How do I fix the problem? This game looks really interesting and I would like to check it out.

Hi! First of all: Thank you for your interest in my game!! :)

It‘s weird that the site requests some kind of permission, I haven‘t seen that before.

Maybe you could try the alternative download mode? If you‘re on the downloads page, there should be a small grey link on the right called „Downloads not starting?“ Clicking on it will allow you to enable the alternate download mode, which should work if your region is blocking itch.io‘s CDN.

Also check if you have a VPN enabled. I‘ve heard that in some cases that could mess with people’s downloads too.

Only 2 endings, right? Also, I really enjoyed the game, although I got stuck a little bit at the "type in" one ;-;

I‘m glad you enjoyed it! Did you manage to figure the type in one out in the end? (also don‘t worry, one of my testers got stuck too haha)

Yes I did it somehow =))) Thanks for asking

Wow! The game looks so good, I loved the quality of the story and the art! I had a lot of fun playing!

A beautiful game. Loved the story and the art style.

Thank you for playing! <3

Reply
Liphisbus1 year ago(+1)
This was a pretty fun adventure, it was fun to discover the secrets and see the "excuses" of Joseph, the art is fantastic and the music merged very well with the atmosphere of the game, most devs can't achieve that for some reason, and the way how you used the environment was pretty smart, I would never think of "hiding" this here or there, hope to see more!
Reply
Fulmen1 year ago(+1)

Thank you for playing!! I‘m glad I achieved the atmosphere I was going for :)

doubts itself is not going to be continued, but I am already working on something new - so there will be more!

This is a very good game, it was fun to find out both endings and all the secrets. And I love the music. The art is nice also, good job! 100% would play this again.

Thank you for the motivating compliments <3

I‘m happy you enjoyed the game!

The art style is so pretty! Plus I really love the music :) This is really good. I enjoyed playing and discovering the two endings :)

Thank you! I‘m glad you had fun!! Congrats on unlocking both endings :)

Very good use of the small environment, and I liked the pace of the build-up. Had me going on one trail only to surprise me later. Really nice work!

Thank you for playing!! I had fun watching you figuring out the story and sharing your thoughts :)

Glad you liked it. Digging through everything was quite a ride of discovery. :)

The art and music are just perfect. Art especially reminds me of Rusty Lake for some reason lol. Writing is charming. Just a lovely experience

I‘ve actually never heard of Rusty Lake - I might have to check it out!

This is a true masterpiece, the art, the music and the story are all amazing. I'm glad I found  this game because I had such a great time playing it. Hope to see more of you Fulmen :)

There will definitely be more of me in the future :)

the art and music and the small details that you've put into this game are amazing! while playing I really felt transported into this time period and was rooting for Gerda to find out all of her shady boyfriend's secrets u_u I wish she'd run away with Margot instead :') A really beautiful game!! 💛💼

And who knows... maybe it‘s not too late to run away with Margot? 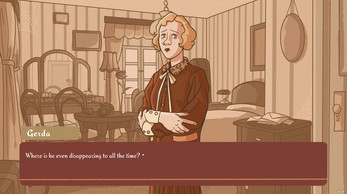 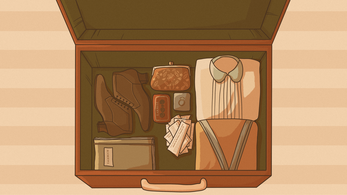 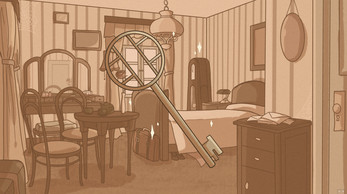 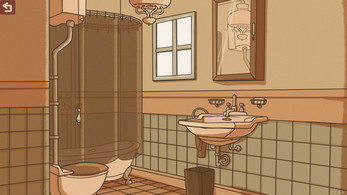 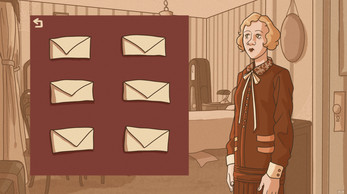